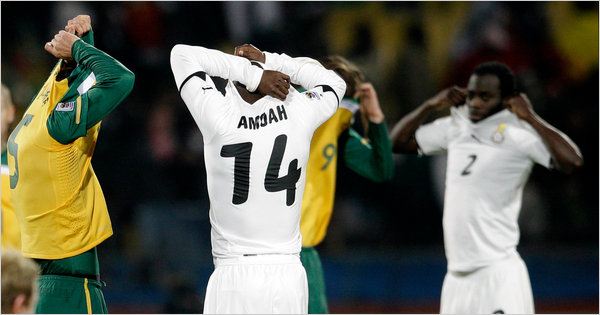 The United States had lost to Brazil, 1-0, in the 2003 Confederations Cup, but when the final whistle blew that night in Lyon, France, the American defender Gregg Berhalter walked off the field with a memento from a tough night.

In his hand, Berhalter carried the jersey he had exchanged with a bucktoothed Brazilian midfielder who would become known worldwide, Ronaldinho.

When Berhalter recalled that night recently, it was with a heavy helping of wistfulness — and not for losing the ball that led to the game’s only goal. A few days after the game, at a hotel in Paris, where Ronaldinho was then the well-known star for Paris St.-Germain, Berhalter sent his dirty clothes out to be cleaned. Into the bag, he absentmindedly tossed the iconic yellow and green Brazil jersey.

“Needless to say, it never came back from the laundry,” Berhalter said with a knowing smile. “I wasn’t too smart.”

The exchanging of jerseys at the end of a soccer match is a longtime ritual that is well established in the sport, even as it has evolved. With each swap — like the ones that take place after games in this World Cup — there is usually a story.

You must log in or register to reply here.
Top